Flutes are a part of the Native American tradition.
Original instruments have from zero to 7 finger holes, and each flute master designs their own instrument in order to find their own unique sound.
Flutes, along with percussion instruments, were used for ceremonial and healing purposes.
These songs were adapted here for Recorder musical instrument.

The most difficult thing about playing Native American songs is their irregular rhythms. It might change several times during a song because rhythm is generally more important than melody. Songs for American tribes are traditionally a method of communicating with their ancestors and supernatural powers. Music is used to help grow a harvest, bring rain, bring victory in battle or cure the sick.

Music is seldom performed for its own sake and as a rule, the tribes tried to repeat sounds which were heard in nature (whispering winds, rain sounds, etc). That is why the rhythm prevailed and words were not so important. Some songs such as ceremonial or medicinal ones often were inspired by dreams. Here you can find traditional songs, handed down from generation to generation.

We write the note numbers above the notes because our sheet music is aimed at absolute beginners.Just follow numbers and enjoy.
Also, we add a QR code to each song. Follow the link and find this song on YouTube, so that you can listen to the rhythm before beginning to play.

Which recorders are these songs suitable for? 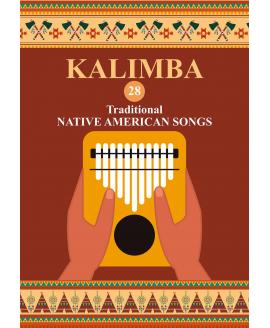 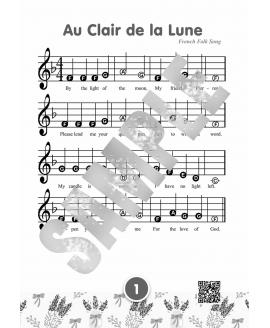 Recorder for Beginners. 50 Easy-to-Play Songs from Over the World: Easy Solo Recorder Songbook